The Link Between Root Canals and Inflammation 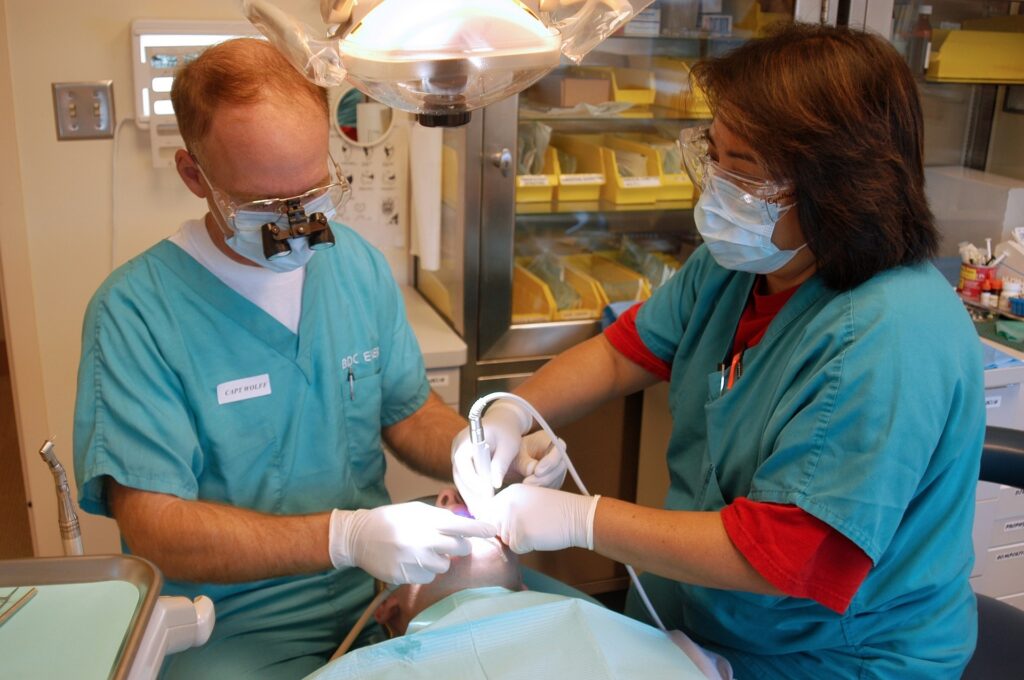 In spite of the thousands of experiments conducted on 5,000 animals, and in spite of the thoroughness and excellence of Dr. Price’s root canal research, all of Price’s 25 years of scientific efforts were so well covered up that there is hardly a dentist alive today who has ever heard about his discoveries.

Dr. Price suspected that bacterial infection accompanied many degenerative illnesses. In the beginning, he didn’t know what bacteria were involved or just how they contributed to so many disease conditions. But he did recall that in medical practice doctors made cultures from the infection site, grew the organism present in a culture medium and then injected the bacteria into an animal to see if they could reproduce the disease and thereby prove it was the cause of the illness.

Dr. Price suspected that these infections arose from the teeth. He decided to implant an extracted root-filled tooth under the skin of an animal. He felt that if bacteria were present and carrying illness, their presence in a tooth might offer the same kind of proof physicians found when they injected the bacterial culture to produce disease in an animal. That is exactly what took place. He found that by implanting the root-filled tooth, the disease of the patient was transferred to animals. Whatever disease the patient had, the animal with the extracted tooth under its skin developed the same disease as the patient.

Most of the time Dr. Price found the bacteria involved were of the streptococcus family, but he also found staphylococcus, spirochetes, and fungi. He found that if a patient had more than one root-canal treated tooth, he could actually have a different organism infecting each one of the treated teeth. That is the reason some people have various ailments from their teeth, all at the same time. In addition, infected root canals have a detrimental effect on the immune system, causing a number of different illnesses.

For a long time, Dr. Price had trouble finding out just how the bacteria existed in the tooth. His own experience in treating infection present in root canals led him to believe that disinfectants controlled the organisms. Thousands of experiments proved this assumption to be incorrect.

Price discovered that the dentin, which makes up 95 percent of the structure of the teeth, was not a solid stone-like mass but consisted of very tiny tubules. Undamaged dentin tubules contain a nutrient-dense fluid that keeps the teeth alive and healthy. These nutrients are supplied daily to each tubule by the artery that accompanies the nerve and vein in the root canal. The artery does this in the same way that other arteries supply nutrients to every cell of the body.

When tooth decay spreads and attacks a tooth, it can usually be removed by a dentist and the tooth saved with a filling. However, if the decay is neglected or not discovered until after it spreads into the root canal of the tooth itself, then the nerve and blood vessels become infected from the bacteria which are part of the tooth decay process.

The bacteria easily and rapidly travel the entire root canal and of course, they easily discover those tubules and their nutrient supply. The organisms have, in fact, found a new home, one in which they grow and rapidly reproduce.

Dr. Price’s microscope photographs, published along with his research, show the dentin tubules with bacteria in them. Although most dentists know about dentin tubules, it is only in the last few years that any have ever heard of bacteria residing in them.

Some dentists argue that the bacteria die off because the root canal filling blocks off their source of nutrients. Unfortunately, this is not the case. In fact, the bacteria are capable of mutating and changing their form. Price found that the challenge of a changed environment actually caused the organisms to become more virile and their toxins much more toxic. It will interest you to know that this discovery of Dr. Price’s was confirmed in recent times by a German oncologist named Dr. Josef Issel. He was able to identify these toxins and found them to be closely related to the same chemicals used by the Germans in World War I to make mustard gas.

The bacteria which contribute to most of today’s diseases no longer can be killed by antibiotics because the same polymorphic ability of bacteria to mutate, change and adjust that happens in root canals is happening to these organisms in response to antibiotics. These bacteria are involved in most illnesses.

How do bacteria — apparently trapped in the dentin tubules — escape to other parts of the body? There are billions of germs in tubules of root canal-treated teeth and those in the vicinity of any of the lateral accessory root canals present in all teeth can escape into them. From there they travel into the tooth’s surrounding periodontal membrane. This is the hard, fibrous membrane that holds the tooth in its bony socket and keeps it from falling out.

The bacteria then spread throughout the periodontal membrane and from there it is easy for them to escape into the surrounding bony network.

Everybody knows that cancer cells can metastasize and break away from the main cancer and travel to another gland, organ or tissue. Similarly, when bacteria get into the tooth’s bony socket, they also get into the blood supply of the jaw, allowing them to metastasize and travel in the blood vessels to another gland, organ or tissue and establish a whole new infection.

This is called focal infection — caused when an infection in one part of the body travels to another part and sets up a new site of infection. The American Association of Endodontists — which I helped organize and which lists me as a life member — states that they have proven over the years that the focal infection theory is invalid. The arguments they cite are incorrect. They are based on false assumptions.

There are several reasons why they have been misled about this. One is the fact that 25 to 30 percent of people seem to get along with root-canal-filled teeth for many years without any detrimental effects. Dr. Price studied that very problem. He found that those people who had no history of degenerative diseases usually had strong immune systems which were capable of engulfing any bacteria present and prevented them from becoming sick. However, Price found that if these same people suffered a severe accident, a bad case of the flu or some serious stress problem, the immune systems that had been protecting them would become so compromised that they would then become ill with a degenerative disease.

These bacteria can migrate out into surrounding tissues by hitching a ride into your bloodstream, where they are transported to new locations to set up camp. The new location can be any organ or gland or tissue.

Dr. Price was able to transfer diseases harbored by humans to rabbits, by implanting fragments of root-canaled teeth, as mentioned above. He found that root canal fragments from a person who had suffered a heart attack, when implanted into a rabbit, would cause a heart attack in the rabbit within a few weeks.

He discovered he could transfer heart disease to the rabbit 100 percent of the time! Other diseases were more than 80 percent transferable by this method. Nearly every chronic degenerative disease has been linked with root canals, including:

Dr. Jones claims that toxins from the bacteria in an infected tooth or jawbone are able to inhibit the proteins that suppress tumor development. A German physician reported similar findings. Dr. Josef Issels reported that, in his 40 years of treating “terminal” cancer patients, 97 percent of his cancer patients had root canals.

If these physicians are correct, a prevention for cancer may be as simple as having a tooth pulled, then rebuilding your immune system.

If you happen to have a root canal you should make an appointment with Dr. Mester to assess your tooth with Autonomic Response Testing so we can be sure it does not affect you negatively.