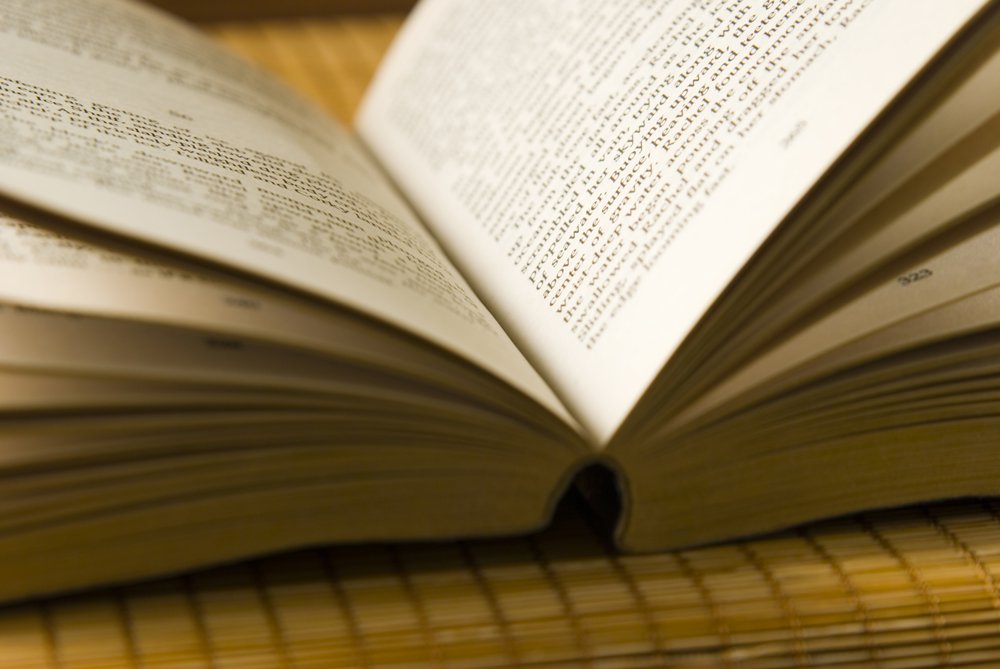 If you are confused by the subject of nutrition as much as I was before studying traditional dietary wisdom, this read may be a good source of information to you.  It is my summary of this book called “Nutrition and Physical Degeneration,” by Dr. Weston A. Price.

I have picked this book for  review because in this book I found an extensive scientific documentation from 6 continents that only a diet composed of whole, mineral rich foods, including sufficient fat-soluble activators found exclusively in animal fats, can provide continuing generations of parents and children with perfect teeth, bone structure and freedom from degenerative diseases, as well the achievement of the highest spiritual ideals that accompanies absence of mental illness, emotional problems and criminality.

After reading this book about 2 times, the confusion cleared up in my head about the “ever-going & growing argument” between meat eaters, vegetarians, and vegan people. As Dr. Weston A. Price traveled the planet visiting primitive people, whether it be African tribal groups, or the Eskimos, North American Native Indians, Swiss people etc., he always noticed the same thing when he was trying to get the answers to his questions.

More particularly, he was interested in the health of these primitive people, what made them so intelligent, how they grew so strong and how they developed their robust health by applying their primitive wisdom which we as a modern people have simply lost.First, I would like to provide some astonishing examples of what he found on his journey.

Swiss: These people were eating mainly dairy, like raw butter, raw milk, raw cheese, raw cream, whole grains like rye bread, oat porridge and other grains, while they only consumed meat on weekends. Following this wholesome diet, he observed very little tooth decay and not a single sign of TB disease or any other disease in this isolated Swiss town.  As the teenagers grew and left the community and went to study to other cities for 3-4 years, they all came back with tooth decay and some other diseases because they introduced refined foods into their diet outside of their community.

African Masai people ate no plant foods at all, just beef, raw milk, organ meats, and their blood. Blood was one of their specialty food especially for babies and the breast feeding mother because of its high mineral contains.  These tribal people also grew very tall 6 feet+ and very strong. An important source of fat soluble vitamins during the drought period is the blood of the steers which is drawn about every 30 days.

The Wakambe: African people used to point their teeth and it does not cause tooth decay, as long as they are remaining on their native diet. (I would be curious to see how the Wakambe tribe shaping their teeth to this triangle shapes).  This tribe also ate mostly wild animals and drank cow’s milk on a daily basis.

Eskimos also eat mostly animal fat, fish eggs, and a little bit of sea weed as vegetables along with the occasional caribous. Eskimos are incredibly strong people which Dr. Price ‘worked’ with at the time. Women used to have 16 children and no sign of any deficiency neither on the children nor on the mother. Their specialty food is the dried fish egg, which is an excellent food for the mother and the young children because of its high EFA’s. They were so strong that one Eskimo could carry 100#s in each hand and since Eskimos have remarkable strength and well developed dental structures, they also sometimes carried about another 100#s in their mouth. None of these Eskimos had tooth decay, but as soon as the food trade kicked in, they started to develop bone diseases and tooth decay.

Australian Aborigines constitute one of the unique primitive races that have come out of the past into our modern times and they are the oldest living race. They have been able to build good bodies and maintain them in excellent condition in a country in which the plant life and consequently the lower animal life can be maintained at only a very low level because of the absence of rain.

Aborigines had one of the finest fishing skill or hunting skill. An adult, for example, could go under water and out of 8 times, he would bring up fish 6 times. Also, the young boy was not allowed capture or kill a slow moving animal, as that is left for the older men.

It is most remarkable and should be one of the most challenging fact that can come to our modern civilization that such primitive races as the Aborigines of Australia, have reproduced for generation after generation through many centuries– no one knows for how many thousands of years without the development of a conspicuous number of irregularities of the dental arches.

Yet, in the next generation after these people adopted the foods of the white man, a large percentage of the children developed irregularities of the dental arches with facial deformities. The deformity patterns are similar to those seen in white civilizations.

The Gaelics: The basic foods of these islanders are fish and oat products with a little barley. Oat provides porridge and oat cakes which in many homes are eaten in some form regularly with each meal. An important and highly relished article of diet has been baked cod’s head stuffed with chopped cod’s liver and oat meal. Tooth decay was also nearly non-existent at the Gaelics, only after they introduced refined foods to their diet.

North American Indians: The diet of these Indians is almost entirely limited to the wild animals of the chase. (This made a study of them exceedingly important).  These Indians had superb health, no tooth decay, NOR HEART DISEASE, or HIGH CHOLESTEROL from eating only animals (and on top of that, red meat).

New Zealand Maori: They ate mainly fish, shark, octopus, sea worms, shellfish – along with fatty pork and a wide variety of plant foods including coconut and fruit. Maori people also had remarkable health before they introduced refined foods to their diet.

Peru and Peruvian Indians: They ate large quantity of sea foods including sea vegetable and land plants.  They also figured out, if they combined meat with a certain type of plants they got extra benefits from it.  People in Peru had excellent health at any age.

It was also interesting for me to see that these Peruvian Indians’ diet in the high altitude of about 10.000 feet high ate mostly cold and dry foods such as parched corn and beans which have worn their teeth down almost to the gum, yet tooth decay was nearly non-existent. High mountain Peruvian Indians diet also thrived on llama, alpaca, wild deer, birds, and guinea pig for animal foods.

Melanesian: One of the most interesting thing that I read about these Melanesians was that they used coconut oil to coat their skin which effectively absorbed the UV rays, thus preventing injury from the tropical sun. By the way, the irradiation of the coconut oil was considered by natives to provide in addition an important source of nutrition.

The book did not mention what additional nutrition they believed the irradiation provided, but I think that would be vitamin D3.  Those who ate their native diet were exceedingly strong, vigorously built beautiful in body and kindly disposed. One of their main foods was coconut all in its form, including the highly saturated fat coconut oil.

Yet, heart disease was non-existent.  I also like to question why the westerners banned coconut oil, claiming that it is not good for us? Of course, we all know the answer to that.

Dr. Price found only 0.14 percent dental caries at these primitive Melanesian group who were on their native diet and for those who were using trade foods, the incidence of dental cavities was 26 percent. In addition to coconuts, they ate a lot of sea foods and sea vegetables to maintain superb health.

Torres Strait Islanders: The immunity to dental carries on this island is nearly 100%. They ate mostly sea foods with land plants. When Price traveled a bit further on the same island where the white people lived, he found 64% of them had irregularities of facial and dental arch development. This white population lived largely on canned, refined food.

Just for the ‘record’ please allow me to present a table from the book which shows a dynamic difference between the primitives and the modernized people living in the same geological location.

I think Dr. Price’s research speaks for itself and actually, the reason why I picked this book is that, in my opinion, this book should be on the shelf of every nutrition conscious minded people. Everything Dr. Price researched can be explained/verified with the Chinese 5 Elements Theory (also Mother Nature)as well just to prove his points and findings.

If our diet does not enable us to respond to changes in the climate and our activity as we develop, then sickness arises.

A proper diet should reflect the evolution of humanity, the environment the individual is living in, and the type of activity he or she engaged in.

The tools for discovering our proper diet and how we can vary that to fit our personal needs are YIN and YANG.

To understand the importance of yin/yang in food selection we can look at the yearly cycle of vegetal energy. Plants grow in complementary opposition to their climate. That is, if the climate is yang, yin plants are produced and vice versa. In the winter it is cold (yin). During this time of the year, the energy in the vegetal world descends to the roots of plants (yang). In the summer, it is hot (yang) the energy of the plant is drawn up and out (yin)

Winter vegetables such as parsnips and pumpkin are drier, grow slowly and are heavy. Summer plants such as lettuce and cucumber, grow quickly, have more water and are generally light. If we eat these foods that grow in the season and location in which we are living we also can make a balance with our natural environment.

Bedouin, for example, at the juicy fruit (yin) of cacti which grow in the dry (yang) desert. They also thrive on raw and fermented camel milk which is also Yin in nature.

Another example I like to bring up is the Eskimos. They live almost entirely off meat and fat (yang) to provide them with the warmth in their cold (yin) climate.

Finally, I think, it is a sad commentary that with the coming of the white man, all the primitives are rapidly reduced both in numbers and physical excellence by the white man’s disease, including us today.

One of the most important lessons I have learned from Dr. Price’s research and from the primitive cultures in preventing caries and other diseases is this:

Simply stated, the practical application of the primitive wisdom for accomplishing this would involve returning to the use of natural foods which provide the entire assortment of bodybuilding and repairing food factors.

This means that we need to recognize that all forms of animal life are the products of the food environments that have produced them. Therefore, we cannot distort and rob the foods without serious injury to our health. Nature has put these foods up in packages containing the combinations of minerals and other factors that are essential for nourishing the various organs.

Dr. Price also presented so many pictures as proofs illustrating these primitive people vs the modernized people and their disease after introducing refined foods in their diet which was a big “WOW” and at the same time quite scary actually to witness.